After casually assembling information about the cracklebox, I finally decided to build one in the spring of 2007. In short, the cracklebox is a solid state op-amp chip that has its inputs and outputs wired in a clever circuit in such a way that facilitates playing of the circuit with bodily contact. There are several touch points that allow the user to insert his own skin impedance into the circuit to create crackle and squelching sounds with feedback loops.

The device used for the cracklebox in this configuration is particularly sensitive, and allows a considerably broad dynamic range. The design calls for an LM709 op-amp, which is now quite aging and getting progressively difficult to obtain. I found some online relatively cheaply and ordered some to share with the dorkbot pdx dorks.

I based this version on the alternate kraakadoos schematic.. I recreated the schematic in some PCB software and added a switched 1/4" line-out, envelope signal LED, and that 7th jumper. I then designed a PCB by hand and etched a few boards which I then populated and built into working crackleboxen.

There's a resistor/jumper (R2) with an unknown value on the schematic. I ended up using a jumper.

In the spring of 2007, I built 3 crackleboxes by hand using home fabricated PCBs, hand soldering, and terrible woodworking. In the photos below, one of the boxes has been decorated/painted. The other two are finished in a simple black spray coat. 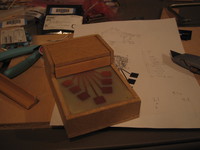 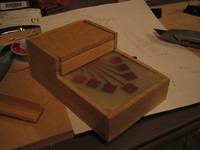 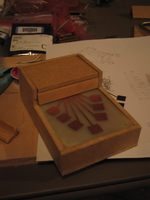 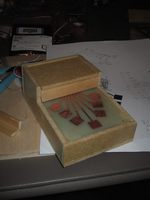 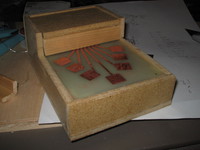 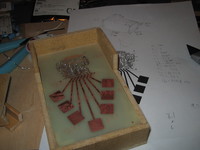 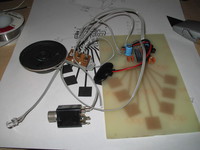 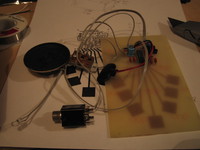 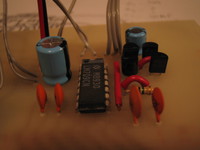 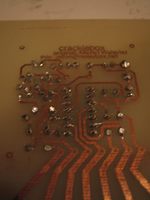 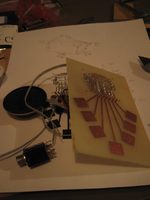 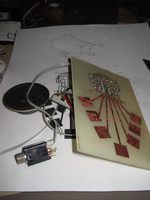 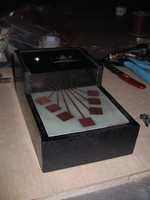 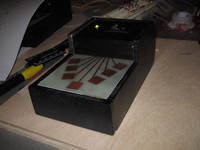 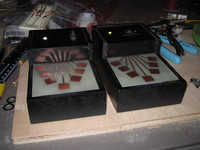 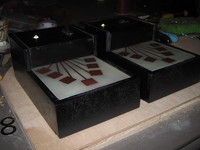 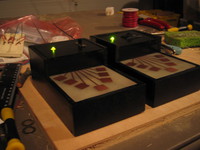 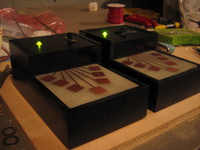 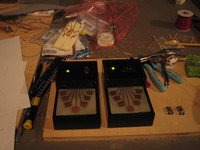 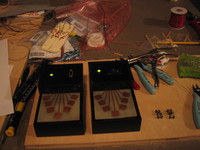 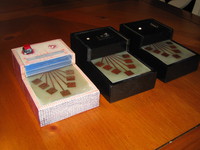 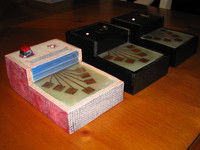 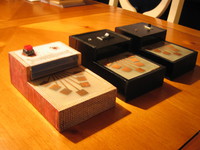 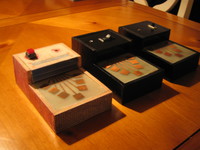 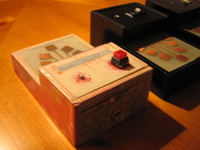 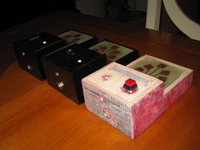 These little [long?] clips were recorded merely as "demo reels" to show off a fraction of what the cracklebox can produce. They are not songs or even complete works.

The output signal can be pretty hot, but run through a mixer will work just fine. The crackleboxes are really fantastically sensitive, and playing is different for each person. There are a few touch pads that provide little or no change to the output sound (is this a design issue?). There are 2 or so pads that seem to account for most of the sound.

When the line-out is connected, the output characteristics will change and the circuit (at least in my setup!) often picks up one or more AM radio stations.