It was very delayed (life gets in the way!)..., but we finally finished our split cassette. 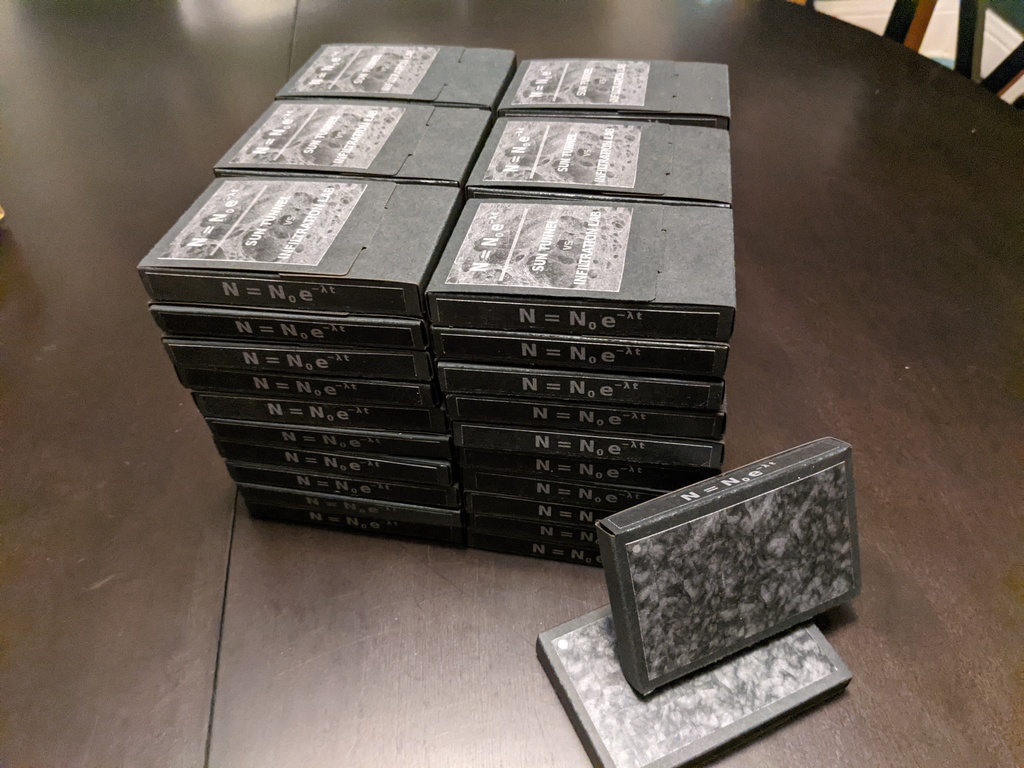 This is Infiltration Lab on one side and Sun Tunnel on the other.

More information over here on infiltrationlab.com or on archive.org.

If you are interested in a tape, let me know.

In the unfortunate event that KBOO loses funding or they change their url scheme or de-archives material or bombs hit Portland or whatever, I have also archived the show on archive.org. Hopefully this embedded player continues to work:

A few random tech details: I played the set on my audiopint computer that I built a couple years ago, running some Pd patches that I designed specifically for this show. As usual, the computer (as underpowered as it is!) had no problems keeping up. All sounds in the recording were rendered through Pd in realtime. Some audio material (for the granular synthesis) was taken from a(n unnamed) commercial recording, and the spoken sample material was mixed blind (previously unheard by me) from a psychological tape sourced at the Goodwill bins.

This piece is intended to be a contrast of sorts, a juxtaposition, and an overt psychological response to the reflection of time collapse. There really is no time. If your current self could revert to its earlier self in an instant, what would that event sound like?

Many thanks to Sean for having me. May radio live on!

After more than a year, Infiltration Lab has released a new 3" CDR. As always, mp3 audio is freely available for download from from archive.org. (Although apparently right now there's a problem with the post, ug. Will update later when the dust settles...sorry).

This little abstract recording is a 22 minute trek into the insufferable human psyche. It was composed mostly for several pure data (pd) patches and instruments (like the cracklebox and atari punk console) that I built earlier this year. The foldout covers are printed in full color, and the CD labels were each individually hand drawn and painted.

All things considered, I'm pleased with the final recording product. I do wish I would have spent more time on the final mix (the sound/range is a bit low, so crank it up loud!) and made things a bit louder, but the end result is a rich dynamic range balanced on a lofi string of radio and electromush.

It's been some time, mostly because I intentionally delayed posting because of a drawn-out server migration. That's right, I've finally migrated noisybox.net (and related sites) off the 2U VA Linux beast and onto a newer, quieter, more efficient box with more storage. It's true: Noisybox is literally less noisy! Since I last posted, I did manage to get overlays and a manual for the Alltalk device I described before. Through some very simple testing, I have concluded that the Alltalk requires the battery to be present and charged to function properly. I haven't yet had time to do additional troubleshooting, but I suspect something else may be going on in the power circuits. More on that later. For now, I have scanned the manual and inserts and made them available on an Alltalk page. A few really good notes on the Linux/Debian front that I discovered recently...the Jack HEAD branch has finally incorporated the "clockfix" for dual core AMD64 users like myself! This means that the jackd server can now (from 0.102.20 onward) be started with -c option ("-c hpet" for amd64 I believe) to choose the clock source and prevent drift in tight realtime setups. This hasn't made it into Debian unstable yet, but I'm sure it will soon. Similarly, tight realtime users (like myself) used to have to run a patched version of PAM (libpam) that understands the new kernel's approach to setting realtime limits for users. Fortunately, Debian unstable now contains 0.79-4 of libpam-runtime that understands the rtprio settings. One note -- my patched version seemed to use "rt_priority", but the new stuff uses "rtprio"...don't let that sneak up on you! I recorded a 3" CDR during the summer and slowly mixed it into a reality sometime in September. The album is called Atu XV, and I finally managed to make it available online (also here and here). Ever since I moved back to Portland, I've been wanting to do the tour of the Shanghai Tunnels that run underneath part of downtown. Last week was the Day of the Dead, and I was fortunate enough to make it to the Soriah+Lana performance that was held in the friggin tunnels. The performance was really enjoyable, I'm certainly glad I crawled underground to be there. I emerged with an evil smirk and a renewed appreciation for the great things Portland has to offer. Last, certainly not least, the PDX Dorkbot is continuing to come together...if you live in the area, drop by one of the meetings, join the mailing list, and help us out. We're mostly looking for chairs and a projector, but we can use all other variety of goods and services. If I stop procrastinating, I'll be giving a short talk about the p5 glove and pd at the first "real" meeting.