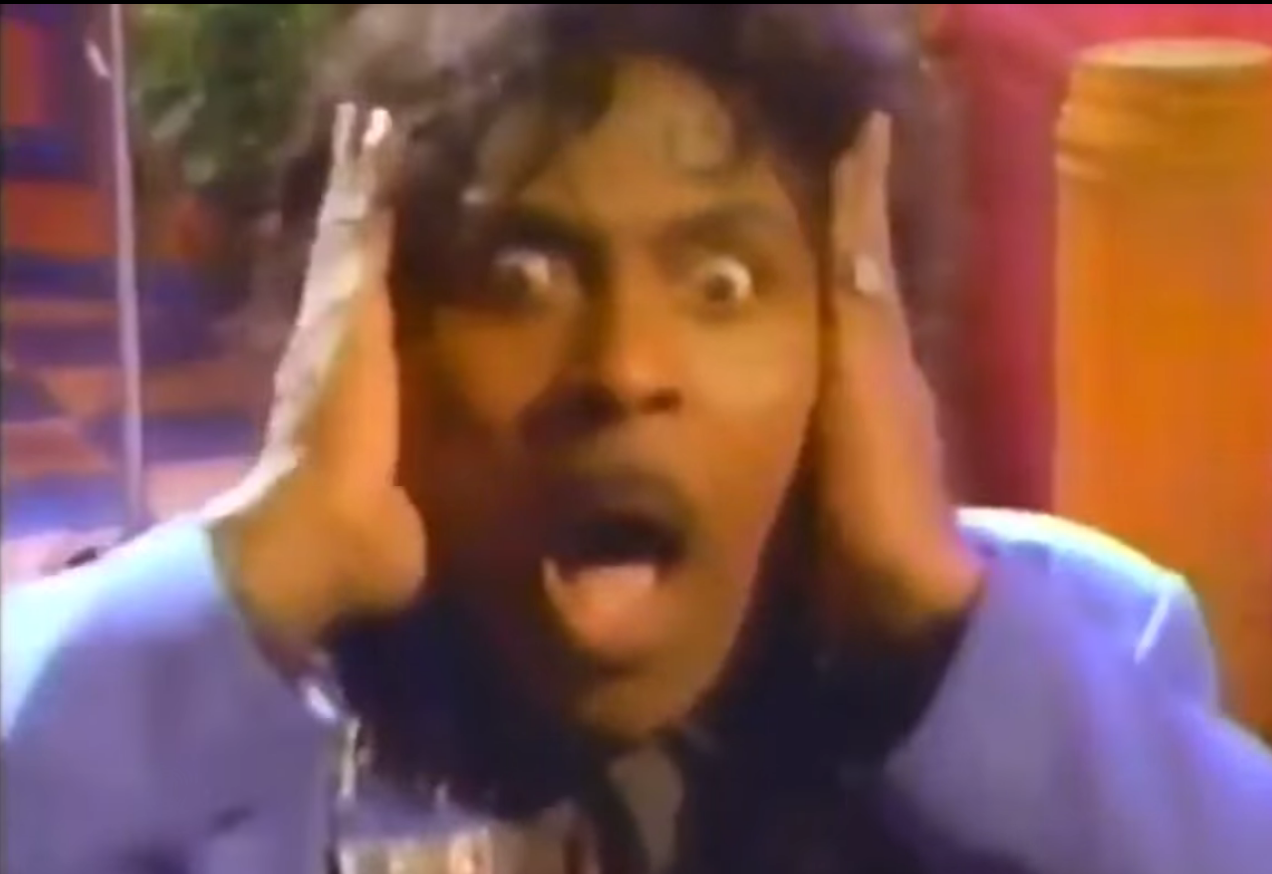 The sounds of a murder... 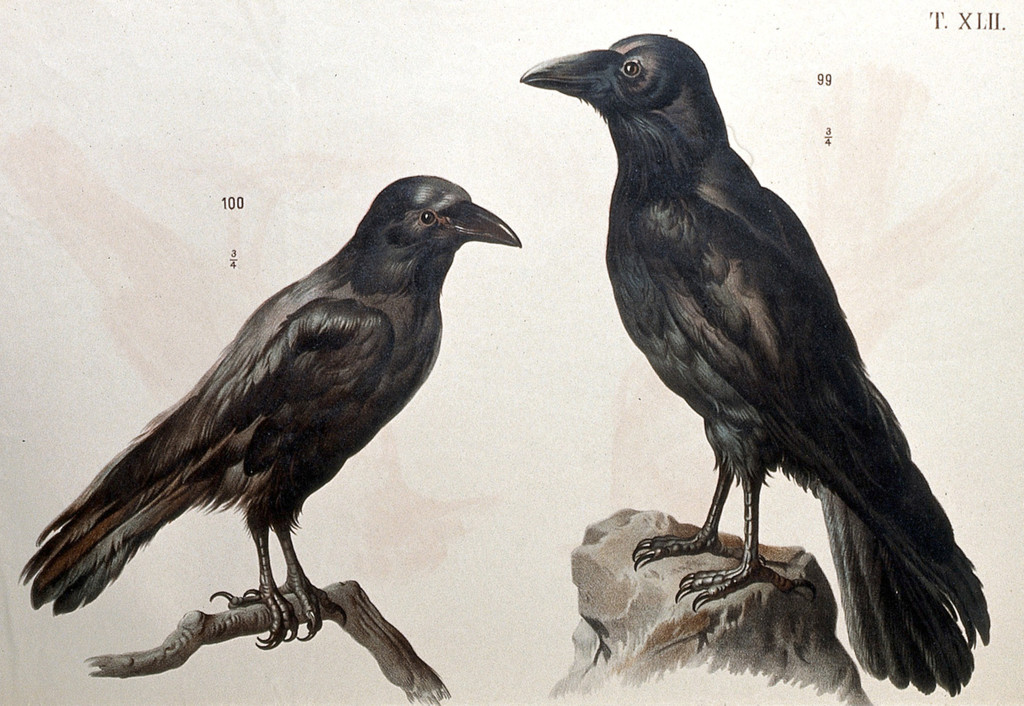 It must finally be fall...because the crows are in full effect in Portland.

I took a recording of them this evening in Waterfront Park. Enjoy!

I made some textures with a synthesizer in sub-zero temperatures. Pretty fun, even with just a small number of starter modules...

I'm not entirely sure why this cracks me up so much, but I was cutting up some audio for a futel project and accidentally created this mess. Enjoy my sloppy mistakes and giggle with me...

On more than a few occasions, I've wanted to be able to software-record the sound coming out of my computer speakers. Many users faced with similar problems resort to using pulseaudio as their sound system, which is reasonble, because it provides a very extensible/pluggable framework for sound. Unfortunately, my experience with pulseaudio in the past has been "meh", probably due in large part to my heavy use of Pd. So I've stuck with ALSA through the years when doing simple stuff, resorting to jack when doing more complicated routing between applications. Simply recording what's playing seems simple enough...right? Not so much...

I guess some (nicer?) sound cards provide a built-in hardware recording channel that can mix back in the currently playing audio. Most built-in ones, like the one in my aging T410, do not. After some sleuthing, I discovered that ALSA's plugin system does, in fact, provide a way to do this. I'll describe the process here, but it's basically ripped from this thread where kokoko3k serves up the right approach: https://bbs.archlinux.org/viewtopic.php?id=147852

There's an ALSA kernel module called snd_aloop that "provides a pair of cross-connected devices, forming a full-duplex loopback soundcard". With just a little fiddling, you can create a "looprec" device that has loops back the audio output into a new recordable ALSA device. The steps, just like in the above-mentioned post, are:

That's it! Your recording software should now have a device available called "looprec", and if you record from it you'll get whatever is playing on your speakers. You can make this permanent by adding the snd_aloop module to /etc/modprobe.d/sound.conf.

Since you've made it this far, I'll share what I was trying to record: http://websdr.ewi.utwente.nl:8901 -- which is pretty much the raddest thing ever.

Super interesting read about some archaeoacoustic research in Serbia:

There's only a single sound clip available right now, but the effect is pretty mesmerizing. It's wild to imagine ancient people performing sacrificial blood rituals while bathed in this soundscape.

A Short History of Acoustic Ecology

This is great. If you're interested in active listening, field recordings, soundscapes, or amibent sound/music, this is a pretty good primer and talks about the origins of the term "acoustic ecology" as a movement.

In observance of World Listening Day 2014 (July 18th), I guided a lunchtime soundwalk around parts of downtown Portland, OR. I decided to organize only at the last minute, and there were 5 of us who showed up for the nearly hour long sound walk.

We started with short discussion about active listening and purposeful sound observation and some of the philosophy/ideas behind it. We walked and listened for about 20 minutes, then had a short chat about what we had noticed so far and what we thought was interesting in the act of observing. We continued on for another 35 minutes or so and completed a wide loop. The small group of participants seemed to have a really good time (and it turned out to be some decent exercise too).

I recorded the walk on my binaural in-ear microphones with a Zoom H2. The raw recording is available on archive.org: Portland, OR World Listening Day Soundwalk.

See you next year for World Listening Day!

In the unfortunate event that KBOO loses funding or they change their url scheme or de-archives material or bombs hit Portland or whatever, I have also archived the show on archive.org. Hopefully this embedded player continues to work:

A few random tech details: I played the set on my audiopint computer that I built a couple years ago, running some Pd patches that I designed specifically for this show. As usual, the computer (as underpowered as it is!) had no problems keeping up. All sounds in the recording were rendered through Pd in realtime. Some audio material (for the granular synthesis) was taken from a(n unnamed) commercial recording, and the spoken sample material was mixed blind (previously unheard by me) from a psychological tape sourced at the Goodwill bins.

This piece is intended to be a contrast of sorts, a juxtaposition, and an overt psychological response to the reflection of time collapse. There really is no time. If your current self could revert to its earlier self in an instant, what would that event sound like?

Many thanks to Sean for having me. May radio live on!

Rock the Cradle Of Love Grunts

Sometimes when bogged down by responsibility I can find it rejuvenating to embrace the right kind of distraction. So my distraction involved hearing a radio cut of the Billy Idol hit "Cradle of Love" and finally following thru on a long-time desire to cut the thing into its most fundamental (read: important) parts: The grunts.

"That's right!" Sir Cyborg Himself. Despite having such a HUGE hit in the 90s, there are probably between zero and 3 people on the planet who actually know all the lyrics -- it's a slurred bozo fest of nonsense sexual innuendo and rockstar spittle. Simply brilliant.

So I leave you with ["Rock The Cradle of Love Grunts"](http://noisybox.net/blog/images/Cradle Of Love Grunts.mp3). I recently acquired a certain netbook so that I could be frugal but still have the ability to hack while mobile. Of course, I have to run Debian...it's a curse...but it rules.

Surprisingly, things work altogether very very well. I still don't think I'm that savvy, but I've gotten things to play together quite nicely. I will create a real page and post my results/settings/findings soon....but I made a stupid simple hack tonight that I thought I'd share.

So I'm running Fluxbox again. It's clean, simple, and takes up very little screen real-estate. It's been a few years, but it's as elegant and non-intrusive as I remember it.

The default keys file for fluxbox has commands that grok asla (via alsactl) and are able to nudge the volume up/down based on the magical function modifier keys (like Fn+F7 or Fn+F8 on the Wind). That's all great...but at least with the sound apps I run (including Flash!), the defaults aren't enough because this "Front" control keeps stomping on things (eg. it apparently needs to be massaged after the Master is massaged). I wish this wasn't the case, it's stupid, I should complain...Whatever.

Scripts to the rescue.

For the MSI Wind, I made three scripts, one does muting, the other two do volume up/down. They look something like this:

The 1+ indicates volume up, change to 1- for volume down.

And then in ~/.fluxbox/keys we can map things like:

What this provides is two things. First, when you press Fn+F7, for example, the Master and Front volume levels will both decrement. The Front is changed last, so that the actual volume output level is applied. Secondly, the 'aplay' line gives a little chime to audibly indicate the volume level...something akin to the sound that those $2000 Macintoshes make.

I found this bink sound on freesound and think it works quite well.

Until I can create a real page for my Wind setup, scream loud and enjoy the hack.